Meet CDT Hannah Lamb, the CTC Cadet of the Month for January 2023. Hannah comes from Stonington, Connecticut, and is the daughter of Janice and Hervie Lamb. At West Point, Hannah is a senior majoring in Civil Engineering with a minor in Terrorism Studies. Additionally, she is a Junior Editor for the Irregular Warfare Initiative, a subset of the Modern War Institute at West Point. Beyond academics, Hannah is the commander of Second Battalion, First Regiment, overseeing the development of 383 cadets, and is the Cadet-in-Charge of the West Point Flying Team. Outside of West Point, Hannah enjoys skiing, photography, and flying small airplanes.

Since joining the Terrorism Studies minor, Hannah has had the opportunity to meet with members of the intelligence community and senior Army officials. She independently researched the impacts of inadequate infrastructure and reconstruction strategy that bolstered radicalization toward Islamic extremism during the Global War on Terror, a joint effort between the Department of Civil and Mechanical Engineering and the CTC.

Hannah will commission in the United States Army as an Aviation officer. In the future, she wishes to serve in Special Operations Aviation and attend graduate school for strategic studies. She one day hopes to work within USAID or in the intelligence community.

Cadets of the Month 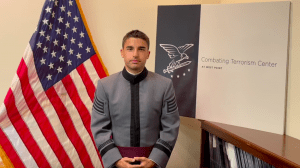 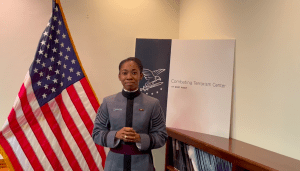 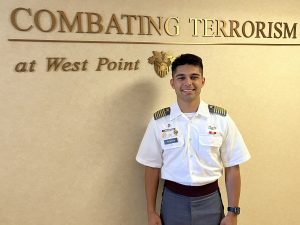 On 28 October, CTC faculty and cadets minoring in Terrorism Studies traveled to New York City to learn about the...
Read More On 19 November, the FDNY and the Combating Terrorism Center teamed up for the now biannual “FDNY – CTC Crisis...
Read More