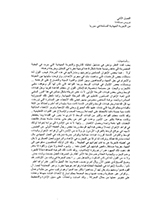 This is a lengthy document that examines the jihad waged by the Muslim Brotherhood against the Syrian regime of Hafiz al-Assad from 1976-1982. Drawing on Islamic tradition and twentieth century examples of guerilla and information warfare, the study takes a critical look at the many failings of this campaign, and develops a strategy for waging jihad successfully. The conclusion reached by the author is that ‘the’ war will not be won by defeating the enemy on the battlefield, but instead by using the tools of modern communication combined with the power of faith the jihad in a protracted war of attrition.

Call to Jihad Against the Syrian Regime

The Muslims in Central Asia and the Upcoming Battle of Islam

Mustafa’s History of the Afghan Jihad

The First Issue of Characteristics of Jihad Magazine