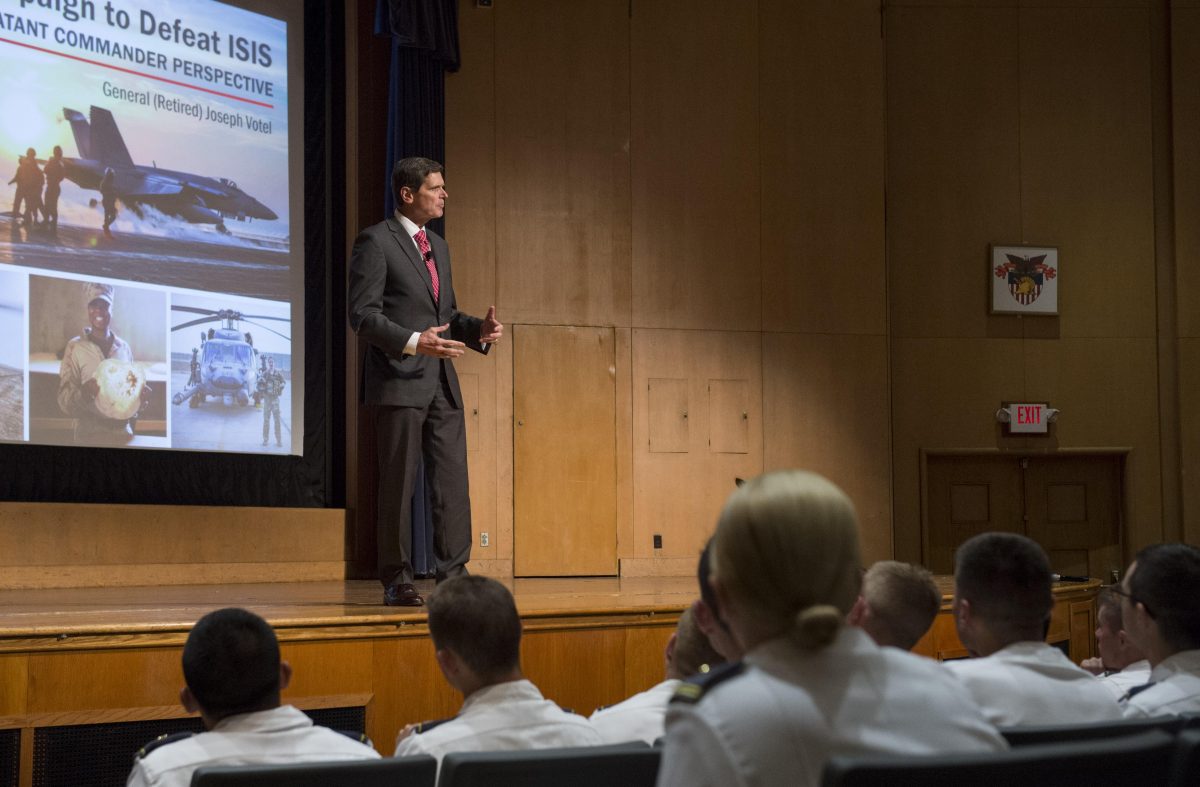 On 4 October, the Combating Terrorism Center was honored to host General (Ret) Joseph Votel, former commander of U.S. Central Command, as the distinguished speaker for its annual Yearling Lecture. GEN(R) Votel spoke to the Yearling class about the campaign to defeat the Islamic State and about leadership broadly. Earlier in the day, he guest lectured to cadets in SS466: Combating Terrorism and engaged in a roundtable discussion with the entire CTC on research initiatives and other key objectives of the Center. This summer, GEN(R) Votel became the CTC’s Class of 1987 Senior Fellow.