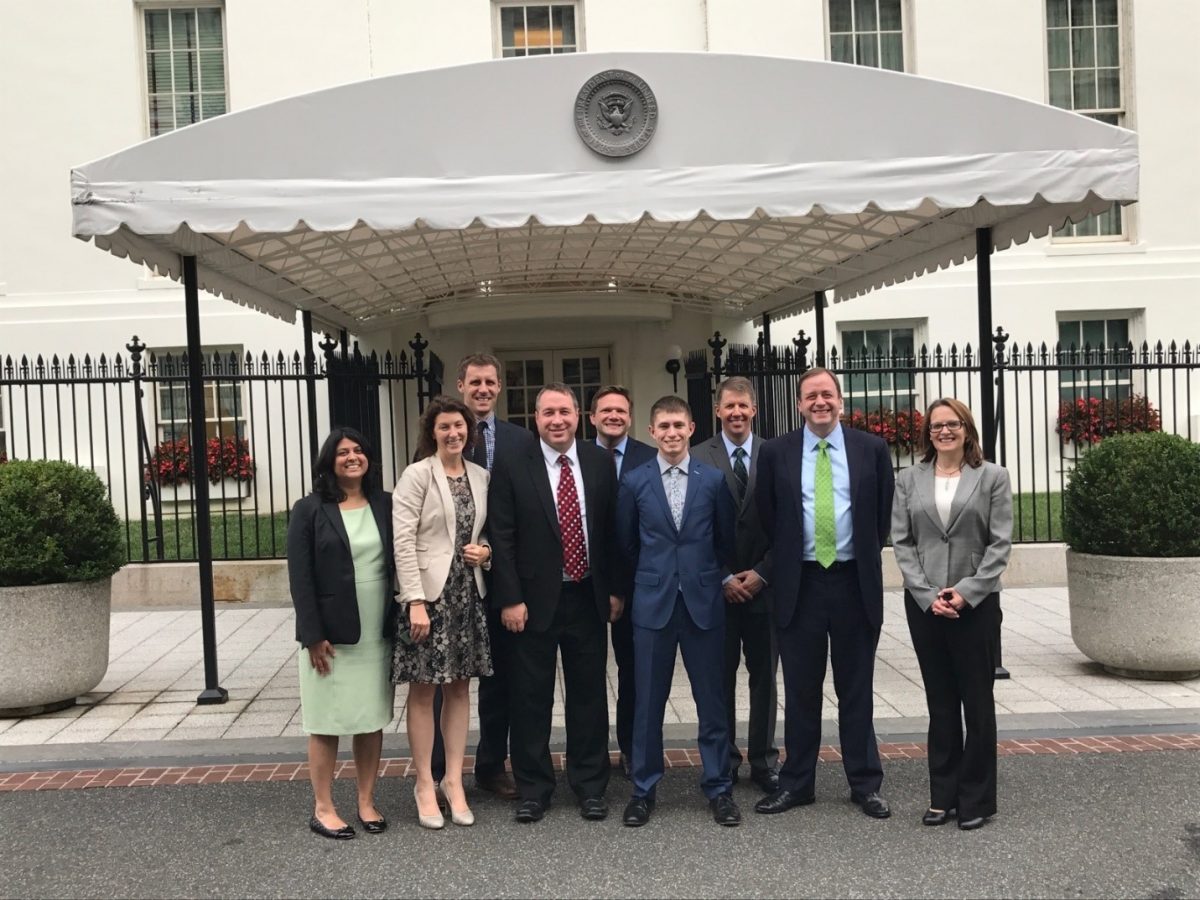 CDT Provaznik spent five weeks interning on the White House National Security Council Staff where he focused on South Asia.  Most days he spent researching and completing information memoranda on a variety of subjects that were used internally by the Senior Director and Deputy Advisor to the President, Ms. Lisa Curtis. He coordinated with several agencies and think tanks to develop these memoranda. CDT Provaznik attended interagency meetings and would complete readout reports that summarized the proceedings.  These readout reports would inform the biweekly reports sent from his directorate to LTG H.R. McMaster.  CDT Provaznik was also responsible for managing the senior director’s calendar, procuring resources and facilities, and ensuring the SVTC was set up for morning calls to American embassies throughout South Asia.

CDT Daniel Provaznik (Center) with members of the White House National Security Council staff at the entrance to the West Wing.

CDT Provaznik stated, “During my time with the National Security Council at the White House, I had the incredible opportunity to work alongside dedicated professionals from across the interagency. I witnessed the national policy process at every level, while gaining valuable insight into the mechanics and relationships (both formal and informal) that run our government. Some of the most unique moments I experienced were watching fireworks from the South Lawn of the White House, preparing for the South Asia National Security Council meeting, and getting an after-hours tour of the West Wing. I received continual mentorship and ran into a different West Point graduate on an almost daily basis. I would like to thank all of my coworkers at the NSC for bringing me on and West Point’s Combating Terrorism Center for providing me such an amazing experience this summer.”