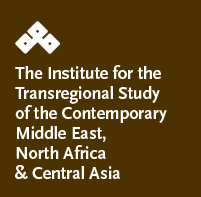 The Combating Terrorism Center and Princeton University teamed up for a 3-day workshop on Islam and Jihad from 1-3 June at Princeton. Dr. Nelly Lahoud, represented the CTC, while Professor Michael Cook, Professor Bernard Haykel, and graduate student Cole Bunzel were present from Princeton.  The program was organized for military officers at Princeton, USMA, and surrounding schools and was created by MAJ Pete Erickson, CTC’s Downing Scholar. Among the 20 officers (Army, Navy, Air Force) in attendance were LTC Bryan Price, Director of the CTC, and LTC Jason Musteen, Director of Military History from USMA.  The event was sponsored by the Transregional Institute and the Program in Near Eastern Studies at Princeton University.