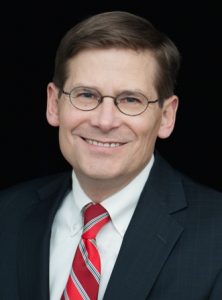 The CTC is proud to announce that Michael Morell has joined the CTC as a Senior Fellow. Mr. Morell will use his extensive experience in the counterterrorism field to provide strategic guidance to the CTC. Mr. Morell served as the deputy director of the CIA from 2010 to 2013. During that timeframe he twice served as acting director. Mr. Morell joined the CIA in 1980 and spent 14 years covering East Asia. He later managed the staff that produced the Presidential Daily Briefings, and was President George W. Bush’s briefer during the 9/11 attacks. He held a senior overseas position from 2003 to 2006, after which he served as the CIA’s first associate deputy director until 2008. In 2008, Mr. Morell was appointed Head of CIA’s Directorate of Intelligence, with overall responsibility for intelligence analysis.

After retiring from the CIA, Mr. Morell joined the Harvard Kennedy School’s Belfer Center for Science and International Affairs as a senior fellow. He is also a member of the Board of Directors of the Goodyear Tire and Rubber Company and he is Counselor to Beacon Global Strategies, a Washington, D.C.-based national security consulting firm. He is also a commentator on national security issues for CBS News.