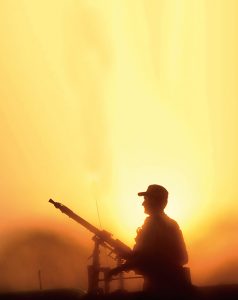 CTC South Asia expert Dr. Amira Jadoon recently wrote an article for Pakistan Politico entitled “The Militant Landscape, Tactics & Pakistan’s War on Terror.” Below are the opening paragraphs of the piece as well as a link to the full article:

“Pakistan may have joined the U.S. war on terror under pressure, but today it is imperative that the country takes complete ownership of its fight against domestic terrorism. The nature and magnitude of Pakistan’s internal security challenges have transformed since 9/11, and the undeniable existence of terrorist organizations in the country directly threatens stability and human security within Pakistan as well as in the broader region. A discussion on some of the emerging threats in Pakistan through the lens of terrorist organizations’ tendency to innovate and adapt to ensure survival, especially when under attack by the state and/or in competition with rival groups is thus warranted.

Regardless of their origins, over time militant organizations on Pakistani soil have developed deeply vested interests to prevail, and their evolution is rooted in local dynamics. As the Pakistani state ramps up its efforts to undermine specific organizations, these groups are likely to turn to innovative ways to survive. In this light, deeper cooperation between targeted groups, and the mobilization of female operatives are two potential pathways through which groups may sustain their violent campaign in an increasingly difficult operating environment.”