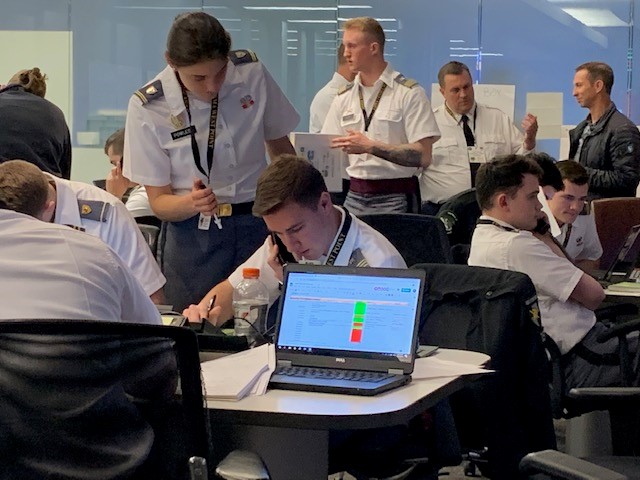 On 11 April, the FDNY and the Combating Terrorism Center teamed up for the 11th annual FDNY – CTC Crisis Simulation Exercise in Brooklyn, New York, which is the capstone event for SS464 Homeland Security and Defense. Cadets were given roles within the Incident Command System, to include positions in operations, planning, and logistics, and were tasked with responding to a homeland security crisis. This year’s simulated crisis was a category 1 hurricane making landfall in New York City. Several cadets involved in the simulation remarked that it was the best academic trip they had been on in their four years at West Point. Overall, the cadets found the exercise to be both “challenging” and “realistic.” Thanks to Chief Thomas Currao, FDNY’s Chief of Counterterrorism and Emergency Preparedness, and his team for putting together another great simulation exercise for our cadets.