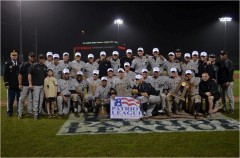 Serving as an assistant coach, CTC Director MAJ Bryan Price and the Army baseball team ended their Spring season as Patriot League Champions and earned a trip into the NCAA tournament, losing a hard-fought 2-1 battle against the University of Virginia, the nation’s 6th ranked team. MAJ Price was a co-captain and former assistant coach during his previous stints at the Academy. LTC Liam Collins, the previous CTC Director, was named the 2012 AUSA Army Coach of the Year for his work with USMA’s marathon and cross-country teams. Two of the CTC’s current faculty also served as officer representatives for Army teams this past academic year. Both USMA graduates and former players themselves, Mr. Quinn worked with Men’s Basketball and Mr. Joyce worked with both Army Football and Army Hockey. Beyond the “fields of friendly strife,” CTC faculty help mentor and lead cadets in other professional development and extracurricular activities throughout the Academy.