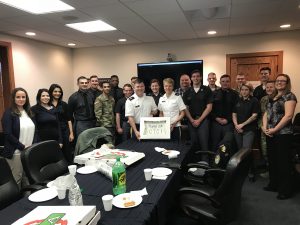 On 20 February, the Combating Terrorism Center celebrated its 15th anniversary. The CTC was established on February 20, 2003, in order to better prepare cadets for new challenges they would face following the 9/11 attacks and to contribute new and cutting-edge research and analysis to the terrorism field. Housed in the Department of Social Sciences at West Point, the Center is situated at the nexus of theory and practice, which enables it to serve as a focal point and an independent voice on terrorism and counterterrorism policy and strategy. The CTC’s mission is three-fold: to educate cadets, to research terrorism and its manifestations, and to advise policy-makers and practitioners in the CT field.