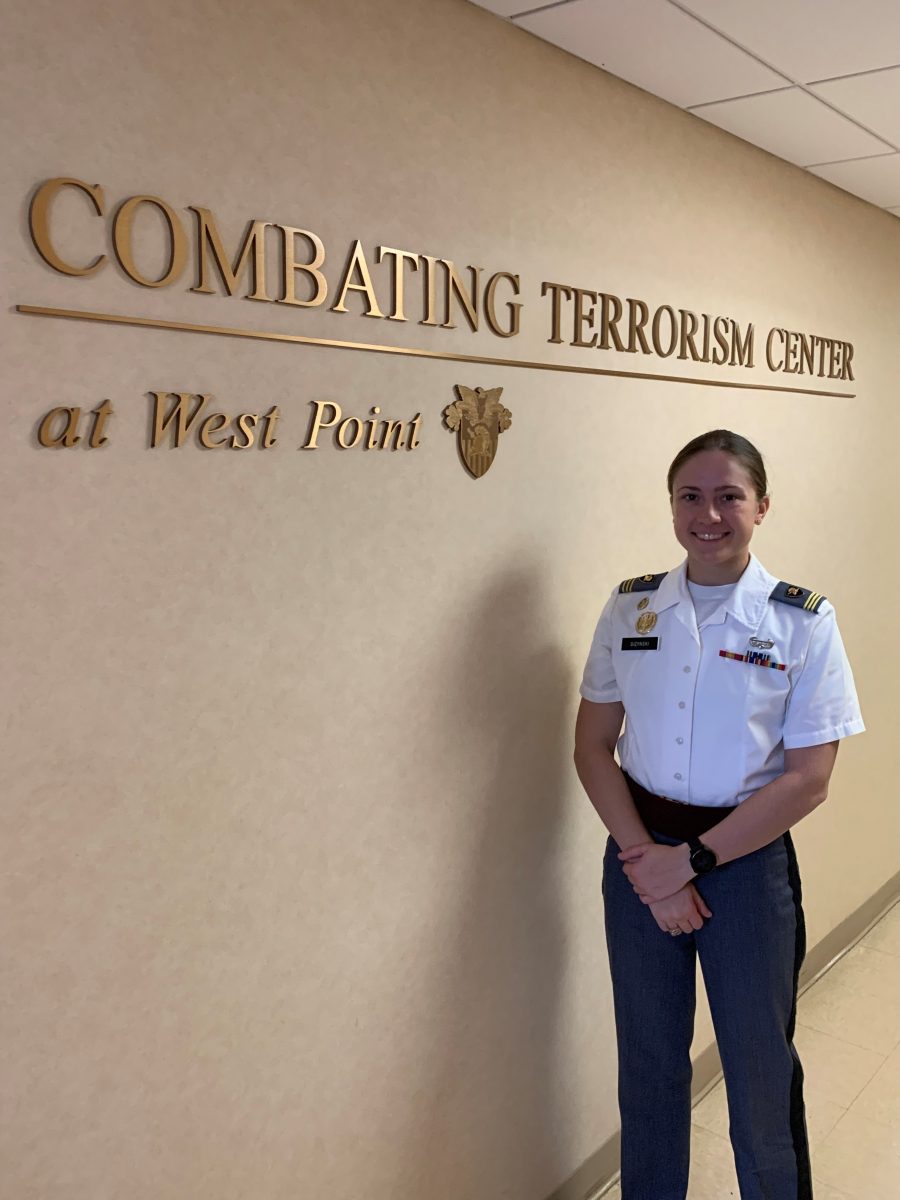 Meet CDT Roxana Gizynski, the CTC Cadet of the Month for November 2021. Roxana comes from Barrington, Illinois, and is the daughter of Aldona Rzeszotarska and Wieslaw Gizynski. At West Point, Roxana is a senior majoring in Applied General Psychology with a minor in Terrorism Studies. Aside from academics, Roxana serves as her Company’s Executive Officer, a leadership position overseeing 118 cadets in Fourth Regiment Foxtrot Company. Roxana is also a member of Salute Battery, a new club at the United States Military Academy who are in charge of firing cannons for high officials visiting the Academy during parades.

Since joining the Terrorism Studies Minor, Roxana has had the opportunity to shadow a special agent at the Federal Bureau of Investigation in Chicago, Illinois. During this time, Roxana was able to see firsthand how the FBI plays a role in the execution and investigation of security threats facing the United States. She participated in a number of activities, briefs, and exercises that showed the importance of the FBI within the U.S. intelligence community.

Roxana hopes to commission in the United States Army as an aviation officer. After commissioning, Roxana hopes to attend graduate school. In the future, Roxana aims to enter a long-term career in the intelligence community, specifically the Federal Bureau of Investigation.