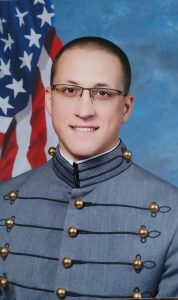 Currently a senior at the United States Military Academy, CDT Fernandez is majoring in Sociology, with a concentration in Political Sociology, and is enrolled in the Terrorism Studies minor. He is a senior cadet editor for the West Point Journal of Politics and Security, and the senior undergraduate research fellow for the New War Research Consortium, a network of military and civilian academics seeking to protect democracy from violent political extremism.

Since joining the Terrorism Studies minor, CDT Fernandez has had the opportunity to intern at the U.S. State Department’s Bureau of Counterterrorism in Washington, D.C. During his internship, CDT Fernandez was able to work with leading counterterrorism practitioners and senior action officers on various problem sets revolving around violent political extremism in Africa, North America, and Western Europe.