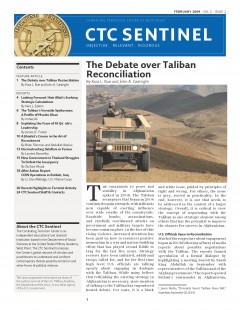 The Debate Over Taliban Reconciliation

The challenges to peace and stability in Afghanistan spiked in 2008. In the face of this rising violence, increased attention has been paid on how to resurrect positive momentum in a war and nation-building effort that has played second fiddle to Iraq for the last five years. Strategy reviews have been initiated, additional troops called for, and for the first time high level U.S. officials are talking openly about engaging in dialogue with the Taliban.

A Jihadist’s Course in the Art of Recruitment

Exploiting the Fears of Al-Qa`ida’s Leadership

New Government in Thailand Struggles to Defeat the Insurgency

The Debate over Taliban Reconciliation