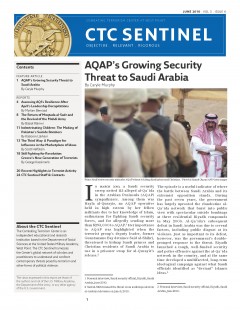 This article examines RS’ campaign of violence, its selection of targets, ideology and operational development. It also discusses the group’s chances of survival after the April 2010 arrests of six of its alleged members by Greek police. Finally, the article warns that despite the recent success against the RS, Greece’s counterterrorism apparatus remains inadequately prepared for a number of threats still on the horizon.

From its initial bomb attack on Athens’ Evelpidon courthouse in September 2003, the RS was determined to make a bloody splash. Two bombs were timed to explode 15 minutes apart with no advance notice, designed to kill police responding to the first explosion at the courthouse. The RS attack coincided with the trial of Greece’s leading left-wing urban terrorist group, the Revolutionary Organization 17 November (17N).[2] On March 14, 2004, RS attempted a second bombing, at a Citibank branch in Neo Psychico, a northern Athens suburb. RS placed a call 35 minutes before the scheduled explosion, giving police barely enough time to disarm it with two controlled explosions. The next attack, on May 5, 2004, targeted a police station in the working-class suburb of Kallithea; the triple bombing came just three months before the opening of the Athens Olympic Games. The first two bombs exploded within minutes of each other and the third approximately 30 minutes later, leading police to the conclusion that the group intended to cause human casualties. The attack, somewhat inevitably, received huge press coverage and prompted security experts and the international media to openly question Greece’s resolve in providing safety and security for the first post-9/11 Olympic Games.

Ten days after the Kallithea attack, the RS issued a 16-page ideological manifesto claiming responsibility for the triple bombing and publicizing the group’s “revolutionary” credentials. Entitled “New World Order or the Terrorism International,”[3] the text outlined RS’ political positions, offering at the same time a commentary on domestic and international conditions.[4] A mixture of ultra leftist political analysis, international relations commentary and polemical hyperbole, “New World Order or the Terrorism International” was similar in style to past 17N communiqués and explored a number of themes[5] from which the group drew inspiration and motivation for its campaign.

As stated by a senior Greek counterterrorism officer, the RS’ central ambition was to “stand alongside 17N in the Greek pantheon of great revolutionary forces.”[6] RS, like all organizations that resort to terrorism, claimed that its cause justified extremism. The group presented itself and its violence in terms of political dissent, moral conviction and armed insurrection. Narrating its discourse through lengthy attack communiqués which, thanks to 17N, have long become an established Greek media ritual, RS elaborated the presentation of political events and expanded the dimensions of their violent context in an attempt to dramatize the anomalies of the existing system, deny its legitimacy and propound alternative models. The group believed that it was a priority to create an insurrectionary mood that would awaken consciences and radicalize Grecians. Utterly convinced that the “age offers unique opportunities for anyone wishing to fight,” RS sought to take the role of vanguard of the movement and persuade other groups making up the panorama of the Greek extra-parliamentary left that “conditions for an overthrow of the system by revolutionary armed struggle are ripe.”[7] In fact, as far as the group was concerned, “the conditions were never better.”[8] RS held it as axiomatic that the regime had entered a phase of destabilization and would therefore be “exceedingly vulnerable” if attacked with increasing violence.[9] As such, the group’s modus operandi incorporated high-profile assassination attempts, armed raids, car bombs and rocket attacks against Athens-based U.S. targets.

The group’s relatively long run came to a halt in the early hours of March 11, 2010, when  35-year-old Lambros Foundas, an RS commando, was shot dead by police after he was caught trying to steal a car in the southeastern Athens neighborhood of Dafni.[10] Next to the body of the fatally wounded Foundas, who wore double leather gloves and carried no cell phone or identification, was a Zastava gun. In his backpack were a handmade bomb (of a similar type used in previous RS operations) and a two-way radio transceiver.[11] Police believe that the stolen Seat Ibiza was to be used in an operation within the next 24 hours. A police examination of the contents of Foundas’ mobile phone and laptop provided the authorities with a list of suspects that led to the arrests of five men and one woman, aged between 30 and 41, who were subsequently charged with multiple counts of attempted homicide, causing explosions and armed offenses linked with the RS. Police announced that during searches in the home of detainee Nikos Maziotis, who is allegedly the group’s leader of operations, they found original RS communiqués, hand-drawn plans of future targets and detailed road maps for upcoming strikes.

Even though all terrorist groups eventually end, until that outcome is achieved more people die and the damage toll rises. It is worth remembering that for an astonishing 27 years (from the mid-1970s until 2002), the 17N pursued one of the most intransigent campaigns of terrorism in Europe, assassinating U.S. and British diplomats, Greek politicians, newspaper publishers and industrialists, detonating hundreds of bombs, and firing rockets against foreign embassies and businesses, causing hundreds of millions of dollars of property damage. It is also worth noting that in this time successive Greek governments failed to bring to justice even one member of the group and, in the end, it was only a massive blunder on the part of the terrorists that led to their arrests and the group’s demise. History may well judge 17N as a failure, but this does not alter the fact that they succeeded in running rings around the Greek authorities primarily because they took advantage of the fact that Greece’s national counterterrorism effort was conducted for more than two decades against a background of half-measures, polarization, rivalry and exaggeration. Greece’s state response to the 17N violence can in fact be used as an excellent case study of what not to do when dealing with terrorism.

History began to repeat itself when the RS emerged. Greece’s state response to the RS amounted to nothing more substantial than the usual empty government rhetoric. The Greek state seemed to be following the same lethargic, dilatory, if not indifferent counterterrorism approach that served the country badly in the past. Dealing with experienced and heavily armed terrorists, such as members of the RS and the 17N before them, requires a combination of discipline, alertness and operational proficiency on the part of the security forces. This is the one lesson that Greek authorities should have learned after the 17N fiasco and therefore should have taken the RS terrorist threat more seriously. Put differently, the inability on the part of the authorities and the intelligence community to quickly understand the group’s objectives and how dangerous it could become gave the terrorists invaluable time to organize and establish themselves.

Yet like the 17N during its early years, the RS seemed to receive the same weak, uncoordinated counterterrorism treatment. Rather than sending the terrorists an early and clear signal that violence would not be tolerated, the Greek authorities seemed to be in denial. A considerable number of senior officials at the Ministry of Public Order at the time were seriously entertaining the theory that 17N’s dismantling had brought the final victory over terrorism in Greece, insisting that whatever small splinter groups still remained posed no real security threat.[12] Unsurprisingly, this inability on the part of Greece’s security community to assess accurately the real danger posed by the RS gave the terrorists enough time to organize and improve operationally. The group’s alleged mastermind, Nikos Maziotis, was apparently able to act with impunity despite being known to the police since the late 1990s when he was put behind bars for attempting to detonate a bomb outside the Development Ministry.[13] One would expect that upon his release in August 2001 he would be placed under police surveillance. Instead, after his release he allegedly coordinated more than a dozen RS attacks, including bombings, rocket attacks and armed raids.

The election of a new government in October 2009, however, improved Greece’s counterterrorism policy. The return of Michalis Chrysohoidis (who was in charge during the 17N break up) to the Ministry of Public Order and the inevitable change of all top police, counterterrorism and national intelligence personnel for reasons of political patronage—regardless of the negative light it cast on Greece’s political culture—meant that Chrysohoidis surrounded himself with people he trusted and whose specialized knowledge and experience was vital in rooting out 17N in the summer of 2002. As one of his senior counterterrorism officials stated, “These were extremely dangerous and violent people and they would murder a lot of people if allowed to continue. The lessons of the recent past were considered, comprehended and carefully calibrated for the particular circumstances and the particular strategy of the group in question.”[14]

Outlook for the Future

Is this the end of the road for the RS? Could the organization regroup and make a comeback? If the six people captured are, as the Greek police insist, the core members of the RS, then the group faces an uphill battle to maintain momentum. According to sources close to the Public Order minister, the group can only count on another three, at most four members still at large, leaving the organization facing a profound period of crisis that could, and probably will, become definitive.[15] It is a mistake, however, to think that the logistical and operational dismantling of RS marks the end of revolutionary terrorism in Greece. Other post-17N groups such as the “Sect of Revolutionaries” and “Conspiracy of the Cells Fire” are almost certain to take the baton of violence from the RS.[16]

It is critical, therefore, that Greek security forces rely less on luck to stop future terrorists and more on a coherent counterterrorism strategy and an integrated counterterrorism capability. Whatever lies ahead, each new group and each terrorist campaign serves as a reminder that Greece has one of the most sustained problems of political violence anywhere in Europe. Indeed, only days after the arrests of Maziotis and his alleged collaborators, graffiti appeared on numerous walls in central Athens warning, “Nothing is finished, it all continues.”

[2]  Comprised of a small group (approximately 12) of dedicated militants, 17N operated for 27 years with lethal effectiveness without ever being infiltrated. Between 1975 and 2000, it carried out hundreds of attacks and was responsible for assassinating 22 people before being taken down by the Greek authorities in June 2002. See  George Kassimeris, “Fighting for Revolution? The Life and Death of Greece’s Revolutionary Organization 17 November, 1975-2002,” Journal of Southern Europe and the Balkans 6:2 (2004).

[3]  This was a clear reference to the “Communist International.”

[5]  The themes included: “the Greek political establishment,” “the trial of 17N,” “capitalist exploitation,” “globalization,” “9/11,” “the U.S.-led war on terror,” “the wars in Iraq and Afghanistan,” “the Arab-Israeli conflict” and “U.S. hegemonic plans in the Balkans,” among others.

[13]  In 1999, Maziotis was convicted and sentenced to three-and-a-half years in prison for planting a bomb, which failed to explode, outside the Ministry of Development building in December 1997 to protest against the installation of a gold metallurgy by multinational company TVX Gold in the village of Strymonikos, Halkidiki in northern Greece.

[16]  The Sect of Revolutionaries first appeared in February 2009 with an armed attack on a police station in Korydallos, southeastern Athens, a few weeks after the December 2008 killing of teenager Alexis Grigoropoulos by a police guard in central Athens.

“Without Us, There Would Be No Islamic State:” The Role of Civilian Employees in the Caliphate