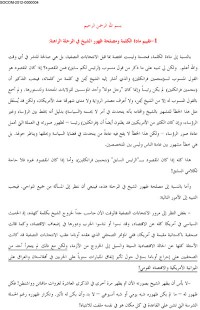 This document is a letter authored by the American al-Qa`ida spokesman Adam Gadahn to an unknown recipient and was written in late January 2011. In the first part of the document Gadahn provides strategic advice regarding al-Qa`ida’s media plans for the tenth anniversary of 9/11. The letter is in essence a response to many of the requests/queries that Bin Ladin makes in his letter to `Atiyya dated October 2010 (SOCOM-2012-0000015), particularly those concerning a media strategy for the ten-year anniversary of 9/11. In other parts of the document Gadahn incisively criticizes the tactics and targeting calculus of the Islamic State of Iraq (AQI/ISI) and the Pakistani Taliban (TTP) | he strongly advocates for al-Qa`ida to publicly dissociate itself from both groups. The document concludes with a draft statement, which provides a candid assessment of these issues.