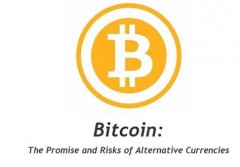 The Combating Terrorism Center and the Center for National Security co-sponsored an event on Bitcoin at the Fordham Law School in New York City on February 27, 2014. The event, titled “Bitcoin: The Promise and Risks of Alternative Currencies,” examined the role of crypto-currencies in the global economy and potential implications for national security. The event featured three experts on Bitcoin, economics, and financial integrity including Dr. David Woo (Head of Global Rates and Currencies Research at Bank of America Merrill Lynch), Chip Poncy (co-founder of the Financial Integrity Network (FIN) and former Director of the Office of Strategic Policy for Terrorist Financing and Financial Crimes at the U.S. Department of the Treasury), and Andy Greenberg (Staff Writer for Forbes magazine and author of This Machine Kills Secrets: Julian Assange, the Cypherpunks, and Their Fight to Empower Whistleblowers).