“This is War”: Examining Military Experience Among the Capitol Hill Siege Participants 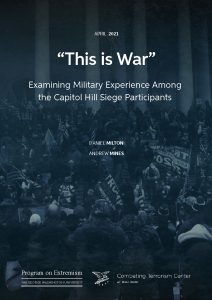 NOTE: All of the individuals charged in these documents and examined in this report are innocent until proven guilty.