Then and Now: Comparing the Flow of Foreign Fighters to AQI and the Islamic State 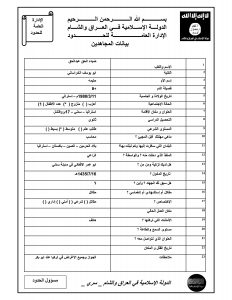 Using two different sets of data derived from internal, bureaucratic documents produced by the Islamic State (and its predecessor group) during two distinct periods of time (2006-2007 and 2011-2014), this report evaluates how the make-up, scale, and scope of the Iraq- and Syria-bound foreign fighter problem has changed over the last decade. It does so across three dimensions. First, it outlines the similarities and differences that exist in the backgrounds of the foreign fighters who joined the Islamic State during separate blocks of time. Second, it provides insight into the local travel and flow of foreign fighters across time as well as the mobilization infrastructure that the Islamic State had in place to facilitate the travel of recruits into Syria or Iraq. Third, it details changes in the preferences of foreign fighters, as reflected by the roles they wanted to fill within the organization.