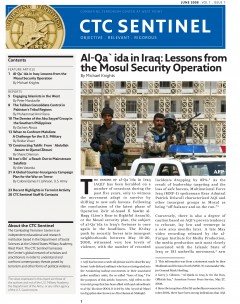 Pakistan’s local Taliban have consolidated their control over the Federally Administered Tribal Areas (FATA) and are now extending their influence toward the settled districts of the North-West Frontier Province (NWFP). More than 50 Taliban affiliated groups are operating in FATA and its adjoining areas [1]. In the settled districts of the NWFP, 14 Taliban groups [2] are trying to strengthen their grip [3]. The government’s consecutive military operations and peace deals with the militants have not produced the desired results, and the writ of the state is weakening in the tribal areas. Taliban leader Baitullah Mehsud, whose leadership qualities were once questioned by the Taliban supreme council [4], has recently not only won the confidence of Mullah Omar, but has emerged as the unanimous leader of the Taliban in Pakistan. His opponents—both outside and inside Taliban circles—fear his increasing influence and are too weak to oppose him. Even the FATA political administration and tribal elders cannot afford to deny his authority in North and South Waziristan. The same situation prevails in other agencies of FATA, where Baitullah Mehsud’s allies are enjoying similar powers.
It is clear that the Taliban movement is gaining strength, and unless the government attempts to exploit some of the movement’s internal divisions, it is likely that the Taliban’s influence will encroach further into the settled areas of the North-West Frontier Province.

Emergence of the Local Taliban

The situation in the tribal areas did not deteriorate overnight. During the past seven years, the Taliban have moved strategically to gain increasing control of the region. When al-Qa`ida and Taliban remnants slipped into Pakistan’s tribal areas after the fall of Afghanistan’s government in 2001, they already had logistics support bases set up in the form of madaaris (religious schools), training camps and Islamic charity missions. They were also able to count on sympathies from the local population. To maintain control in these areas, they exploited these sympathies and distributed large sums of money to establish their networks. When the Pakistani government deployed the military into the region to stop their infiltration, al-Qa`ida and the Taliban supreme council encouraged Pakistan’s local Taliban elements, with whom they had a long affiliation, to establish their militias [5]. The “local” Taliban are basically Pakistani militia groups that share ideological beliefs and goals with the former ruling Taliban regime in Afghanistan; indeed, many of the former regime’s leaders were themselves based in Pakistan before they took control of Afghanistan.  Most of the local Taliban leaders—including Baitullah Mehsud, Maulvi Faqir, Gul Bahadur, Mullah Nazir, among others—were affiliated with the central Taliban leadership even before the September 11 attacks. Although each of these local Taliban groups have their own distinct structure and are independent in their respective areas of control, they are bound together by pooling financial and human resources.

This local support base—held together by tribal affinities and ideological associations—allows the Taliban leadership to entrench their movement into the masses and establish separate local Taliban cells, thus reducing the organizational burden on the central leadership and creating a strategic problem for the Pakistani military establishment since it is forced to target its “own” people. The Taliban encourage different tribes to form their own Taliban-affiliated militias. Initially, groups joining the Taliban were mostly from the Wazir sub-tribes, which made other tribes reluctant to join the Taliban ranks since they feared Wazir domination [6]; the Taliban, however, changed their strategy and gave other tribes equal status [7]. As a result, now most tribes in FATA have their own Taliban-affiliated militia.

Until 2004, the main focus of the local Taliban was protecting foreign militants, recruitment for the war in Afghanistan, military training and counter-operations against the Pakistani government. Baitullah Mehsud began enforcing Taliban-brand Shari`a in South Waziristan in 2004. He punished criminals, which made him popular among common tribesmen who welcomed an enforcement mechanism. In his first peace deal with the government in February 2005 [8], he received assurances that he would be allowed to enforce Shari`a in the area in exchange for not sending his militants to Afghanistan. Although he did not abide by the agreement, it helped the Taliban move forward to establish their influence. Other Taliban fighters followed the footsteps of Mehsud and formulated a four-point strategy to gain control over an area. During the first step of the strategy, they took action against criminals and started collecting taxes through donations to speed up their operations. Second, they killed or forced out influential tribal elders, whom they knew could challenge their authority. Third, they created a parallel judicial system to resolve disputes, dispensing quick and decisive justice. Fourth, they organized their administration on a non-tribal basis; they appointed trusted men [9], irrespective of whether they belonged to a local tribe [10].

Their strategy eroded the traditional concept of collective responsibility, which adversely affected the political administration. Other actors who could create ideological or tactical challenges for them were treated harshly, especially Non-Governmental Organizations (NGO) and formal and modern educational institutions. Today, these Taliban groups have imposed a ban on NGOs, have targeted electronics shops and attacked schools, especially female institutions. During January to May 2008, they attacked as many as 29 schools, of which 17 were educational institutes for girls [11]. From 2006 until February 2007, the Taliban killed 61 teachers [12], and 25 local and foreign NGOs were forced to halt their operations and return to Islamabad [13]. Twenty-four alleged U.S. and Pakistani government spies were killed during the past six months [14].

These developments have allowed the Taliban to maintain influence in the tribal areas. The significant strategic victory that established them as major players in the region, however, occurred after they made a tactical change in their operations: they began kidnapping security and state officials. Although suicide attacks on security forces played a role in demoralizing security personnel, the kidnapping strategy elevated the Taliban into a position to negotiate with the government on their own terms and to foster the release of arrested militants. Independent sources estimate that the Taliban kidnapped more than 1,000 security force personnel and state officials during 2007, and in return more than 500 militants were released. Kidnappings are a major factor behind the ongoing peace talks between the government and the Taliban.

As the Taliban’s confidence grows, they are expanding their territorial control. Today, they have established strongholds in Bajaur, Waziristan, Mohmand, Khyber and Orakzai Agencies in FATA, and in Swat, Dara Adam Khel, Tank, Bannu, Mardan, Lakki Marwat and Dera Ismail Khan in the NWFP.

Tehrik-i-Taliban Pakistan (TTP) have provided shelter to small groups, which are working under the command of Baitullah Mehsud [15]. Mehsud is trying to bond all of these groups under the loyalty of Mullah Omar, the Taliban’s supreme leader. Every group that wants to join the TTP must take an oath of commitment to Shari`a enforcement and loyalty to Mullah Omar [16]. Through this arrangement, Mehsud wins the favor of the Taliban supreme council on the one hand, and on the other hand establishes his credibility, making it difficult for groups to resist his leadership. His strategy so far has been successful; he is generating revenues in addition to human resources, the latter of which he is using to support the insurgency in Afghanistan.

The TTP has imposed conditions on all its affiliated groups to contribute 50% of their income (through taxes and donations) to a major “jihad fund.” The fund is used to sustain Taliban activities in the tribal areas and in Afghanistan [17]. According to anonymous sources based in South Waziristan, these small groups, which are mostly operating in Mohmand, Orakzai, Tank, Bannu and other settled areas, are becoming involved in criminal activities—especially ransoms, and taxing transport and trade—to achieve their financial goals. These same sources claimed that these groups also kidnap and ransom unpopular wealthy tribal elders and businessmen.

Although Baitullah has emerged as a powerful Taliban leader, many other local Taliban groups have still not joined the TTP, especially Lashkar-i-Islami in Khyber, Mullah Nazir’s tribal militia in South Waziristan and Gul Bahadar’s militia in North Waziristan.

The TTP is trying to bring these groups into its fold and is also threatening them of the consequences of refusal. They are particularly interested in Khyber Agency, which is a resourceful area for generating funds and is where Mangal Bagh, the leader of Lashkar-i-Islami, has been strengthening his position and wants to expand his network and influence to all of Khyber and the border areas, such as Hangu District and Orakzai Agency. Anonymous sources claim that the TTP assigned Haji Namdar, the chief ofAmr bil Maroof wa Nahi Anil Munkar (Promotion of Virtue and Prevention of Vice) from Orakzai Agency to start a campaign to achieve control over the area. To respond to this threat, Mangal Bagh sent a suicide bomber to kill Haji Namdar, but Namdar escaped [18]. Local sources also argue that if the TTP fails to consolidate control over competing factions, this will encourage other small groups to revolt against it.

Although the Taliban are rapidly increasing control in Pakistan’s tribal areas, it may be the ideal time to exacerbate the group’s internal divisions to defuse or at least weaken their rising power and influence. The government, however, does not look serious in exploiting these rifts and is instead focusing on the strategy of peace deals, which may benefit the Taliban more since these deals allow them to gain guarantees for Shari`a enforcement and for the continuation of the jihad in Afghanistan.

Muhammad Amir Rana is an expert on terrorism and regional strategic issues. He has served in senior positions in prestigious English and Urdu newspapers and research institutes. He has authored several books on the phenomenon of Islamic militancy. His book, A to Z of Jihad Organizations in Pakistan, is considered the first serious attempt to unfold the jihadist organizations’ structures, networks, internal affairs, disputes and internal divisions. Currently, he is serving as director of the Pak Institute for Peace Studies (PIPS), based in Islamabad, Pakistan. PIPS is an independent, not-for-profit, non-governmental research and advocacy think-tank. An initiative of leading Pakistani scholars, researchers and journalists, PIPS conducts wide-ranging research and analysis of political, social and religious conflicts that have a direct bearing on both national and international security.

[2] The statistics are based on data collected by the Pak Institute for Peace Studies (PIPS) from field and media reports.

[3] These groups are operating mainly in Mardan, Kohat, Dera Ismail Khan and Nowshera Districts of the NWFP. Most of these groups have joined the TTP. Groups in the settled areas of the NWFP are mainly formed by the different jihadist organizations and tribesmen who have roots in FATA.

[4] After the assassination of Taliban leader Nek Muhammad in 2004, Baitullah took charge as operational commander, but the Taliban supreme council replaced him with Abdullah Mehsud. For details, see Muhammad Amir Rana and Rohan Gunaratna, Al-Qaeda Fights Back: Inside Pakistani Tribal Areas (Islamabad: PIPS, 2007).

[6] Rana and Gunaratna, Al-Qaeda Fights Back: Inside Pakistani Tribal Areas.

[7] The Taliban now share responsibilities among tribes to give the impression that all groups are equal under the Taliban banner.

[10] All of the area’s tribes are represented in the Taliban. The Taliban use tribal identity to motivate people, but in the administrative structure avoid emphasizing tribal connections as they consider these differences against the teachings of Islam.

[11] This information is drawn from a PIPS database. The figures were collected from media reports.

[14] This information is drawn from a PIPS database. The figures were collected from media reports.

[16] This information is drawn from interviews of sources in the tribal areas.