The Fourth Wave: Comparison of Jewish and Other Manifestations of Religious Terrorism 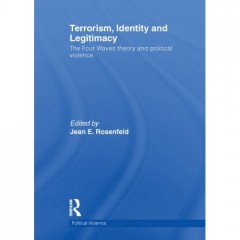 Is it a coincidence that the proliferation of Jewish terrorism occurred parallel to the emergence of religious terrorism worldwide in the last three decades? Or does Jewish terrorism actually represent a unique phenomenon? While David Rapoport’s seminal work on holy terror was an important step forward in answering such questions (Rapoport 1984), more up-to-date work is needed. The following chapter is based on Rapoport’s groundwork and strives to answer these questions by introducing the reader to the main features of Jewish terrorism, as well as comparing it to other manifestations of religious terrorism of the last three decades.