The Fight for Legitimacy 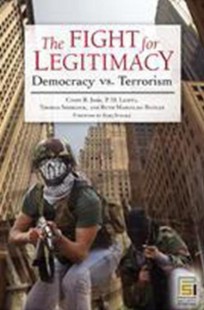 Terrorism cannot be treated as a monolithic threat. Moreover, as much as we may wish to focus on terror tactics and terrorist means, we cannot overlook the ends. In fact, good policy can only be crafted with an understanding of the terrorist strategy; that is, how terrorists integrate their means to secure their goals, given their perception of the security environment. The groups covered in this book change and evolve. While their governments must take aggressive actions to secure their populations against attacks, those governments that recognize the real grievances can simultaneously take action that addresses those grievances. This two-pronged approach simultaneously bolsters state legitimacy across the ethnic and majority populations, while demonstrating state effectiveness regarding insecurity. The authors argue that the best way for states to win legitimacy vis-a-vis terrorists is by adhering to liberal democratic values, cooperating with other states, and applying prudent counterterrorist tactics. Inter-state cooperation, which affects domestic and foreign policies, requires some convergence of political cultures among those cooperating states. This book begins by analyzing five hotspot situations and their regional effects: the Basques in Spain, the ethnic Albanians in Macedonia, the Kurds in Turkey, the Chechens and Russia; and the Palestinians, Israel, and a future Palestinian state. These cases shed some light on how we should understand, characterize, and categorize terrorism, and they provide insights into the concepts of political legitimacy, liberal democracy, political culture, and political community. As the United States assesses its homeland defense posture, it must resist any temptation to weaken its liberal democratic values, and, as a superpower, it must encourage other states to adhere to liberal democratic values as well. Liberal democracy is a security imperative in today’s global security environment.