The Emergence of the Difa-e-Pakistan Islamist Coalition 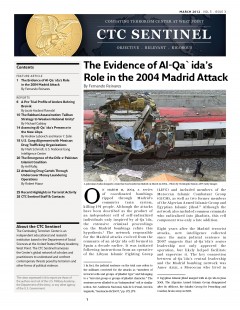 In October 2011, more than 40 Islamist and right-wing parties and groups in Pakistan joined together to establish the Difa-e-Pakistan Council (DPC), or the Defense of Pakistan Council. Led by Jama`at-ud-Da`wa (JuD), the front group for Lashkar-i-Tayyiba (LeT), the DPC’s stated focus is to prevent Pakistan from strengthening ties with both the United States and India. Specifically, it opposes the reopening of NATO’s Pakistan-based supply route to Afghanistan, U.S. drone attacks in Pakistan, and granting most favored nation trading status to India. The DPC has held sizeable rallies in Pakistan’s major urban centers, creating speculation that the group is supported by Pakistan’s Inter-Services Intelligence (ISI) in a bid to sideline mainstream political parties in Pakistan by bolstering the political role of Islamists.[1]

Fears of the DPC’s influence, however, are overblown at this time. Pakistan’s Islamist and right-wing parties are divided, and the DPC’s members only have marginal electoral influence. Economic concerns and patronage politics, which the DPC’s constituents are poorly positioned to exploit, will be the primary drivers in Pakistan’s next general elections that will occur between late 2012 and early 2013.

Nonetheless, the emergence of the DPC and the increasingly public role played by JuD suggests a failure in Pakistan’s counterterrorism strategy. Since the 1980s, Pakistan’s military apparatus has become dependent on Islamists and jihadists to weaken secular political parties, expand the country’s reach in Afghanistan and contain a strengthening India. With the anti-state shift by a sizeable percentage of the country’s jihadists in the wake of 9/11, Pakistan’s military lacks a coherent strategy to contain its domestic jihadists. Rather than developing a comprehensive counterradicalization program, Pakistan’s military instead attacks jihadists in some parts of the country, while encouraging jihadists in other parts of the state. It pursues a strategy of “divide and rule,” but this has only strengthened the phenomenon of jihadism over time. The emergence of the DPC is a symbol of the long-term challenge of violent Islamism in Pakistan.

The DPC Emerges Amid Strategic Uncertainty for Pakistan’s Military
Military-backed, broad-based Islamist and right-wing coalitions are not new to Pakistan. In 1988, the ISI helped group the center-right Pakistan Muslim League with Jamaat-i-Islami and other Islamist parties in the form of the Islami Jamhoori Ittehad (IJI), or Islamic Democratic Alliance.[2] The IJI, created to counter the military’s rival Pakistan Peoples Party (PPP), won a majority of seats in the 1990 general elections and formed a short-lasting government.[3]

More than a decade later, Pakistani Islamists—leveraging anti-American sentiment after coalition forces invaded Afghanistan and unseated the Taliban—formed the Muttahida Majlis-i-Amal (MMA) party. Like the IJI, the MMA is alleged to have ISI support.[4] The MMA voted in favor of the controversial Seventeenth Amendment, which diluted parliamentary sovereignty and empowered the office of the president held by military ruler Pervez Musharraf, much to the consternation of the country’s democratic opposition. The MMA swept the polls in the border regions with Afghanistan, forming the government in what was then known as the North-West Frontier Province and leading the governing coalition in Baluchistan Province.

Today, with the formation of the DPC, similar allegations of ISI involvement have been made.[5]  While there is no publicly-available evidence to prove the allegation, ISI support for an Islamist alliance would not only be consistent with the spy agency’s operational history, but it would also help advance the Pakistan military’s current objectives. The fact that the DPC’s chief coordinator is Hamid Gul, who formed the IJI alliance in 1988 while serving as ISI director-general, has helped to fuel this perception. On the other hand, Gul could simply be reusing a strategy from an old playbook, with little involvement of the ISI.

The Pakistan military’s strategic environment is presently shaped by five major factors: upcoming general elections that could alter the civil-military balance; troubled relations with the United States, which is both a patron and competitor; the commencement of the endgame in Afghanistan; a possible resumption of Indo-Pak peace talks; and an uncertain future for jihad in South Asia with anti-state jihadists in Pakistan weakened and a possible U.S. departure from Afghanistan.

The DPC provides Pakistan’s military with the opportunity to put pressure both on the United States and the civilian government. Pakistan’s military can leverage the specter of a rising radical opposition to the U.S.-Pakistan partnership and suggest that concessions made to Washington will be attached with a significant price. Furthermore, the DPC can serve as a means to slow the civilian government’s attempts to advance rapprochement with India, which the military opposes. Finally, by amplifying the public presence for pro-state jihadists, the DPC can also be a way for Pakistan’s military to channel jihadist activity away from the Pakistani state and toward India and the United States.

A test for how close the DPC is to the military will come when Pakistan decides to reopen the NATO supply route to Afghanistan. Will the DPC back away from the issue or will it elevate its criticism of the civilian government and include the military? While members of the DPC have issued limited criticism of the military, many of its members have offered strong praise for the institution. Indeed, Maulana Ahmed Ludhainvi, head of the anti-Shi`a Ahl-e Sunnat wal-Jammat (ASWJ), said that “the army is the largest institution of this country, so it holds a lot of importance for us and we are willing to fight for them.”[6]

Ethnic and Factional Divisions Weaken Islamist Unity Efforts
The growing public presence of radical groups such as the ASWJ and LeT through the DPC is a worrisome trend that portends the radicalization of Pakistani civil society. While the DPC could develop into a coherent pressure group—using its street presence to lobby political and military officials—it lacks the ingredients for formal success in Pakistani politics.

None of the DPC’s constituent organizations have representation in the federal parliament or provincial assemblies. Although the rising Pakistan Tehrik-i-Insaf party (PTI), a DPC member, is likely to perform well in the next general elections, it has kept a safe distance from the organization. PTI is likely using the DPC to bolster its nationalist and Islamist credentials, but it maintains its own independent agenda and does not want to be seen by foreign observers as being sympathetic or tied to militant and terrorist organizations.

While the DPC serves as the latest umbrella organization for Pakistan’s Islamists, it is weakened by the lack of participation by the Fazlur Rehman faction of the Jamiat-i-Ulama-i-Islam-Fazlur (JUI-F) party, which is the Islamist party with the greatest number of parliamentary seats. Maulana Fazlur Rehman, the leader of the JUI-F, has been highly critical of Pakistan’s military-intelligence establishment in recent months.[7] He is positioning himself for an electoral alliance with one of Pakistan’s two major parties, the center-right Pakistan Muslim League-Nawaz or the center-left Pakistan Peoples Party. Given his political weight and current opposition to the military, Fazl is unlikely to play “second fiddle” to the military’s ally, the JuD. He could be amenable, however, to an Islamist electoral alliance led by his party.

The DPC’s growth will also be stifled by internal rivalries and divisiveness inherent to Pakistan’s political culture and religious communities. An ASWJ supporter criticized fellow DPC members Gul and Ijaz-ul-Haq at the Islamabad rally in February 2012.[8] A prominent politician from neighboring Rawalpindi, Shaykh Rashid Ahmed, did not attend the Islamabad gathering.

Furthermore, the DPC has had difficulty gaining traction in Pakistan’s smaller provinces. It has held rallies in the capital as well as large cities in Punjab and Sindh. Yet Baluch nationalist parties have refused to participate in the group’s Quetta rally planned for April 2012 and civil society activists have opposed the DPC’s Peshawar rally.[9]

The Dangers in Pakistan’s Strategy
Pakistan’s post-2009 counterinsurgency operations have successfully pushed Tehrik-i-Taliban Pakistan (TTP) out from the settled areas near the country’s population centers and back into the tribal areas. The TTP is a weakened organization mired by internal divisions and plummeting public support.[10] While the TTP is a far less potent insurgent threat, it remains a significant terrorist threat, particularly in the Federally Administered Tribal Areas and Khyber Pakhtunkhwa Province.

Moreover, Pakistan remains home to what is perhaps the world’s greatest concentration of jihadist organizations. Groups such as the LeT that do not pose a direct threat to the Pakistani state today could become its adversaries in the future. A major lesson of the post-9/11 era for Pakistan is that allied jihadist groups can become foes with the right amount of strain on the relationship. Additionally, despite the loyalty of senior members of jihadist groups, low to mid-level commanders can defect and rebel against their former handlers.

The government of Pakistan has no coherent nationwide counterradicalization strategy. While Pakistan’s military has initiated a comprehensive deradicalization campaign in the Swat area, elsewhere in the country it has allowed jihadist groups to flourish.[11] Pakistan’s military remains committed to utilizing jihadist groups as force multipliers and non-conventional weapons against neighboring states. It lacks the ability and will to dismantle the jihadist infrastructure in the country as a whole and simply focuses on pitting jihadists against one another or redirecting their focus away from Islamabad and toward Kabul and New Delhi. The risks of continued jihadist support by the state are clear. The thousands of Pakistani civilians and security personnel killed by insurgents and terrorists since 9/11 demonstrate that today’s “good” jihadists can become tomorrow’s “bad” jihadists.