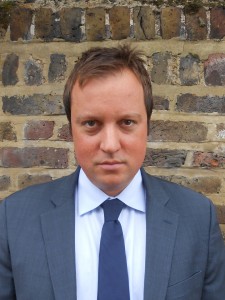 Paul Cruickshank is the Editor-in-Chief (contract support) of CTC Sentinel, the flagship publication of the Combating Terrorism Center at West Point.

As the Editor-in-Chief of CTC Sentinel since 2015, Cruickshank has overseen one of the most prestigious publications in the terrorism studies field, which each month features articles by the world’s leading counterterrorism researchers and interviews with senior counterterrorism officials, including the directors of the CIA, the U.S. National Counterterrorism Center, and Europol.

As CNN’s on-air Terrorism Analyst between 2010 and 2021, Cruickshank played a central role in the network’s coverage and reporting on al-Qa`ida and ISIS terrorism. He was part of the CNN reporting team that covered the 2005 London bombings and has covered almost every other major terrorism story since.

Cruickshank is the co-author of the critically acclaimed 2018 book Nine Lives: My Time as MI6’s Top Spy Inside al-Qaeda, which was described by a former head of Counter Terrorism Command at New Scotland Yard as “seminal” and “one of the most extraordinary books about al Qaeda ever published.” He is also the co-author of the 2014 international bestseller Agent Storm: My Life Inside al Qaeda and the CIA, which has been translated into a dozen languages and was named by The Guardian as one of the 10 best spy books of all time and “probably the best account of a modern day secret agent.” He edited “Al Qaeda,” a five-volume collection of critical writings on the terrorist network published by Routledge in 2012, which was described by a leading terrorism studies journal as “monumental … to date the most comprehensive resource published on the terrorist organization and its worldwide affiliates.”

Cruickshank’s research and writings have appeared in a wide variety of publications, including CTC Sentinel, Studies in Conflict and Terrorism, and leading newspapers and magazines on both sides of the Atlantic. He has participated in numerous conferences around the world and has contributed chapters to several academic publications in the field of counterterrorism. He has also co-produced and produced several award winning U.S. television documentaries.

Cruickshank is, on a pro bono basis, a senior counterterrorism advisor to the Unity Initiative, a specialist intervention consultancy based in the United Kingdom with deep roots in the Muslim community that focuses on rehabilitating individuals convicted of terrorist offenses; training prison, probation, and police staff; tackling absolutist mindsets in the wider community; and advising governments on countering-extremism strategies. He is also a member of the Advisory Committee of the Centre D’Analyse du Terrorisme in Paris.