Associate Professor and Class of 1977 Director of Terrorism Studies 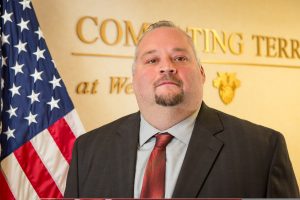 Richard M. Yon serves as an associate professor and the Class of 1977 Director of Terrorism Studies for the Combating Terrorism Center at West Point, which provides him with oversight of the Terrorism Studies Minor and the Academic Individual Advanced Development Program. From 2009 to 2015, Dr. Yon served as an instructor in American Politics in the Department of Social Sciences at West Point. He coordinated the Center for the Study of the Presidency & Congress fellowship program as well as the domestic Academic Individual Advanced Development program for the department.

Dr. Yon’s most recent research examines the role of the Vice President where he has interviewed Vice Presidents, chiefs of staff, cabinet secretaries, national security advisors, and other members of presidential administrations as part of this research. He has written several book chapters and articles on the presidency and vice presidency. Dr. Yon’s most recent work appears in an updated edition of Triumphs and Tragedies of the Modern Presidency, and he is currently completing a book manuscript titled, “Emerging from the Shadows: Vice Presidential Influence in the Modern Era.”