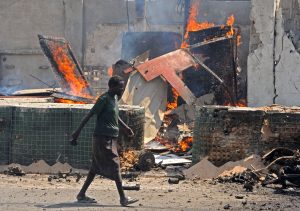 Al-Shabaab, an Islamist terrorist group that has been plaguing Somalia since 2006, was named the most deadly terror group in Africa in 2017 by the Armed Conflict Location & Event Data Project (ACLED). One tactic that al-Shabaab uses in its reign of terror is suicide bombing. Despite recognition of the seriousness of the threat that al-Shabaab’s suicide bombers pose, very little is known about how, when, and why al-Shabaab elects to employ the tactic of suicide bombings. This report answers these questions.