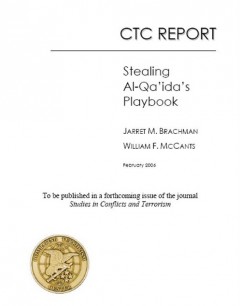 Jihadi leaders are surprisingly frank when discussing the vulnerabilities of their movement and their strategies for toppling local regimes and undermining the United States. Their candor is, in large part, a consequence of struggles for leadership within the movement; thus, a leader of one group will publish his strategic vision in order to gain more recruits and achieve a reputation as a serious scholar worthy of respect. It is also a consequence of the United States’ success in destroying jihadi training camps and denying safe havens—jihadi leaders have had to put their writings online so as to provide continuing guidance to a very decentralized following. In a sense, members of the jihadi movement have put their playbooks online. By mining these texts for their tactical and strategic insights, the United States will be able to craft effective tactics, techniques, and procedures to defeat followers of the movement. In what follows, we will demonstrate the efficacy of this approach by highlighting the insights we have gleaned from the works of four prominent jihadi ideologues.