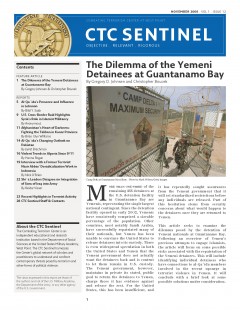 One of the most acute issues in the post-surge debate in Iraq concerns the integration of the Awakening Councils/Sons of Iraq into the Iraqi Army. There is growing fear that the Iraqi government of Prime Minister Nuri al-Maliki will approach this issue much in the way it has dealt with other important questions relating to national reconciliation: by sticking to its own agenda of continued sectarian dominance instead of exploiting the opportunity to reduce sectarian tensions by offering specific and real concessions. This article will examine al-Maliki’s and other Shi`a groups’ stance on the integration process of Sunni armed groups, in addition to examining growing political differences between al-Maliki and the Islamic Supreme Council in Iraq (ISCI).

In taking a conservative approach to integrating the Sunni-dominated Sons of Iraq into the army, al-Maliki can rely on support from at least some of the Shi`a parties that participate in his government. ISCI, in particular, has a history of skepticism when it comes to this issue. While it did pay its respect to the martyrs of the Anbar Awakening back in 2007 (and at one point even tried to establish a rather strained genealogy back to its own proposal of creating “popular committees” to support the state back in 2006), the suspicion that the sahwa (awakening) councils could become a threat to the dominance of the al-Maliki government was evident early on. For example, in an interview with the al-Furat television station in December 2007, the head of ISCI, `Abd al-`Aziz al-Hakim, mentioned the “mistakes of the multinational forces in arming certain tribal councils without the knowledge of the government” [1]. Similarly, as early as November 2007, Ammar al-Hakim, in an interview with al-Alam, the Arabophone Iranian satellite channel, portrayed the sahwa as a somewhat suspect phenomenon, describing it as “70,000 armed men in Baghdad outside the government’s control and under the title of al-Sahwa,” and stressed the government’s lack of knowledge about them and their “loyalties” [2]. This latter theme was developed more fully in another television interview in January 2008:

“Questions remain concerning the identity of the members of the sahwa. Are they decent and national in orientation? Are they from all the colors present in their areas? Are they from among the people of the area, or have they been recruited from a different area?” [3]

In fact, to the extent that ISCI has been interested in the Awakenings, it has emphasized their role in maintaining order at the very local and often peripheral level where state forces are not present. Conversely, in the question of integration at the national level, the skepticism of the al-Hakims has been echoed, and the reluctance to see them become part of (or “infiltrate”) the Iraqi security forces has been pronounced. In August 2008, ISCI preacher Jalal al-Din al-Saghir reportedly went as far as saying that “the state cannot accept the Awakening…their days are numbered” [4].

It is noteworthy, however, that not all Shi`a parties support al-Maliki’s hard line on this issue. The Fadila Party, in particular, has been markedly more positive toward the tribes as a potential instrument of national integration. In January 2008, their spiritual leader, Muhammad al-Yaqubi, emphasized the vital role of the tribes, and highlighted the role of the sahwa in bringing an end to terrorism. He also envisaged a tribal awakening and “support councils” for the state in the “central and southern” areas of Iraq, code for the Shi`a majority areas south of Baghdad [5]. Later, he criticized the Iraqi government for not providing sufficient and regular pay for the sahwa [6]. The generally positive approach to the sahwa among the Fadila leadership has been followed up at the local level as well, with meetings between the tribal committees of the local branches of the Fadila Party and the local sahwa leadership, in places such as Mada’in near Baghdad [7]. Finally, Fadila’s approach has differed from that of the ISCI in that it has included the Sahwa in a wider national vision of an integrated security force: “Our proposal to join the sahwa to the Iraqi security forces will lead to stabilizing the situation in a bigger way…the person who belongs to the sahwa will work for all of Iraq and not for his area only” [8].

The Fadila Party is often dismissed in the Western press as the faction that broke away from the al-Maliki government when it was not awarded the oil ministry, and whose only remaining interest is to hold on to the governorate position in oil-rich Basra. This viewpoint, however, overlooks the many positive initiatives by the party in the area of national reconciliation, where it repeatedly has proven itself more prepared to work across sectarian lines than the Shi`a parties that currently enjoy Washington’s attention, Daawa and ISCI. Thus, with regard to its stance on the sahwa, Fadila has once more taken a position that resembles the anti-sectarian attitude also seen in its intervention in the heated federalism debate in Iraq [9].

Fadila stands out among the Shi`a Islamist parties since it generally takes a more pragmatic and realistic attitude to Iraq’s Ba`athist past, partially due to the fact that many of its members held relatively high positions inside Iraq before 2003. This is in contrast to the exiles in organizations such as ISCI, which in the 1990s in Iran developed a highly purist attitude to the question of Ba`ath membership.

Rift Develops Between al-Maliki and ISCI

During the summer of 2008, the struggle over the sahwa acquired an additional dimension beyond the Fadila/ISCI dichotomy. Until this time, there had been skepticism inside the al-Maliki government toward any extension of the sahwaconcept south of Baghdad, where it might pose a challenge to the hegemony of the ISCI and the Badr forces, whether inside or outside the Iraqi security forces [10]. During the course of “the surge,” however, al-Maliki gradually extended his control inside the Iraqi security forces quite dramatically, and increasingly came to see himself as a Shi`a leader speaking an Iraqi nationalist and centralist language that did not resonate with the ISCI’s vision of decentralization. As a result, tension between al-Maliki and the ISCI grew perceptibly during the first months after the security sweeps in Basra and Amara in early 2008.

This eventually turned into a kind of tribal awakening of al-Maliki’s own through the so-called “support councils,” which were gradually rolled out in Iraq in 2008, mostly in Shi`a-dominated areas south of Baghdad but also to some extent elsewhere. The exact objective of these new councils remains unclear. ISCI has accused al-Maliki of creating these Shi`a groups for political purposes, while one of its proponents, Muhammad Abbas al-Uraybi, the minister of state charged with organizing them, in November 2008 characterized the new council in Diwaniyya as “a national project declared by the prime minister building on the success of the tribal support councils around Baghdad and in the west of Iraq…they should support national reconciliation, establish an atmosphere of dialogue and solve disputes in the central and southern parts of Iraq” [11].

While the government’s explanation of the exact mission of the new councils thus remains somewhat Delphic, it is interesting that Nuri al-Maliki finally seems to turn to the tribes in the south as a potential source of political support. This kind of “awakening” south of Baghdad is something which for a long time did not make it onto the Iraqi agenda, primarily because the United States yielded to pressure from ISCI, whose leaders were eager to avoid the emergence of a Shi`a tribal force that could challenge its own hegemony in the Iraqi security forces. Still, the narrow structure of al-Maliki’s new electoral coalition suggests that rather than constituting a project of true national reconciliation, the Iraqi premier’s tribal maneuvers are first and foremost aimed at fishing for votes in the next provincial elections (which his government has, for a long time, tried to postpone and obstruct) [12]. His new rivals in ISCI are already busy visiting the tribes of the Albu Muhammad, the very tribe of the minister of state that directs al-Maliki’s scheme [13]. If the new scheme by al-Maliki is a mere attempt at winning voters for the next elections, more fundamental issues—such as integrating the Sons of Iraq and winning over the anti-Iranian Shi`a tribes in the south that approve of neither al-Hakim nor al-Maliki—are likely to remain unresolved.

Dr. Reidar Visser is a research fellow at the Norwegian Institute of International Affairs and editor of the Iraq-focused website www.historiae.org. His publications on Iraq include the books Basra, the Failed Gulf State: Separatism and Nationalism in Southern Iraq and, edited with Gareth Stansfield, An Iraq of Its Regions: Cornerstones of a Federal Democracy?

[7] Activities report of the Rusafa branch of the Fadila Party, March 2008.

[12] For the relationship to the Daawa-ISCI struggle in the upcoming provincial elections, see Reidar Visser, “The Map of Electoral Coalitions South of Baghdad Is Taking Shape,” October 31, 2008, available at www.historiae.org/coalitions.asp.