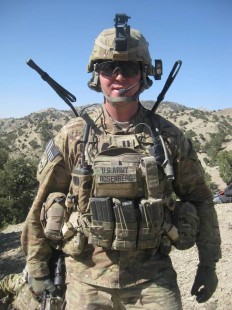 Major Sam Rosenberg is an Army Strategist pursuing a Ph.D. as a Goodpaster Scholar through the Advanced Strategic Planning and Policy Program. He holds a bachelor’s degree in American Politics from West Point and a master’s degree in National Security Policy from Georgetown University, which he earned as a Downing Scholar with the Combating Terrorism Center. He commissioned in 2006 as an infantry officer and served in a variety of leadership positions in Iraq, Afghanistan, Germany, and Eastern Europe. Most recently, Sam completed an assignment at United States Northern Command where he served on the Commander’s Initiatives Group and as a Global Campaign Planner within the Strategy and Policy Directorate. His academic interests focus on national security policy and military strategy.