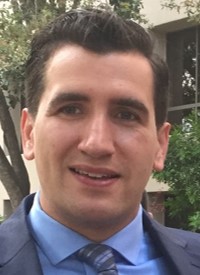 MAJ Nicholas Frazier was born in Silver Spring, MD and was raised in North Carolina. MAJ Frazier enlisted into the United States Army Reserves as a Parachute Rigger in May 2003.

He graduated from East Carolina University in December of 2006 and was commissioned through ROTC as an Infantry officer. Upon completion of initial officer training, MAJ Frazier reported to Fort Stewart, GA to serve with the 3rd ID. While at Fort Stewart, MAJ Frazier served as a Rifle Platoon Leader, HHC Executive Officer and Battalion Assistant Operations Officer.

MAJ Frazier is married to Kathryn Frazier of Wilmington, NC, and they have two daughters Margaret and Josephine.