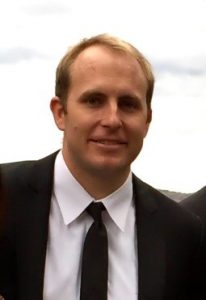 Major Mike Syvertsen graduated from the United States Military Academy in 2004, commissioning as an Infantry officer. Mike served as a Rifle Platoon Leader, Mortar Platoon Leader and Company Executive Officer in the 82nd Airborne Division, during which time he deployed to both Iraq and Afghanistan. In 2010, Mike graduated from the Special Forces Qualification Course and was assigned to 1st Battalion, 3rd Special Forces Group where he served as the Detachment Commander for ODA 3124 and later as Company Commander for Headquarters and Support Company. He deployed to Afghanistan three times with 3rd SFG(A) prior to transitioning to the Group Headquarters to serve as the 3rd SFG(A) Future Operations Officer. In 2014, Mike was selected for the General Wayne A. Downing Scholarship and attended Columbia University’s School of International and Public Affairs. From 2016-2018, MAJ Syvertsen was assigned to USASOC and deployed to Afghanistan for six months as the J35 for Special Operations Joint Task Force Afghanistan (SOJTF-A).

Mike lives in Niceville, FL with his wife Marlena.