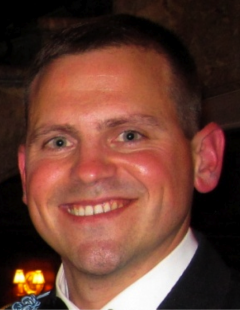 MAJ Matt Adamczyk graduated from the United States Military Academy in June 2001 and was commissioned into the Infantry. As an Infantryman, MAJ Adamczyk served in a variety of assignments from Platoon Leader to Company Commander deploying over thirty months in support of Operation Iraqi Freedom. His awards and decorations include the Bronze Star Medal (with two oak leaf clusters), Meritorious Service Medal, Senior Parachutist Badge, Ranger Tab, and the Combat Infantryman Badge. As a General Downing Scholar, MAJ Adamczyk pursued a Masters in International Affairs at Columbia University’s School of International and Public Affairs, concentrating on international security policy and organizations. He is married to the former Emily Azukas and they have one son.