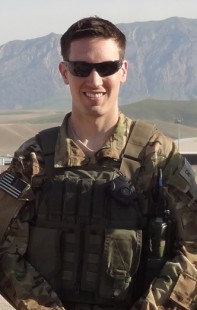 Major Brian Merkl graduated from the United States Military Academy at West Point in 2003 with a degree in Computer Science and was commissioned as an Officer in the Aviation Branch.

Brian, his wife Lisa, and their son William currently reside in Cambridge, Massachusetts where he is completing a Masters in Public Administration at Harvard University.