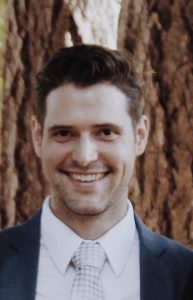 Captain Jesse David graduated from Seattle University in 2010 and commissioned as an Infantry officer. His first assignment was to the 173rd Airborne Brigade Combat Team in Vicenza, Italy where he served as a Rifle Platoon Leader, Company Executive Officer, and Reconnaissance Platoon Leader. In this assignment Jesse deployed to Afghanistan in support of Operation Enduring Freedom and to Lithuania in support of Operation Atlantic Resolve.

Jesse is pursuing a Master in Public Policy from the Harvard Kennedy School. He and his wife Naomi have one daughter and one son.