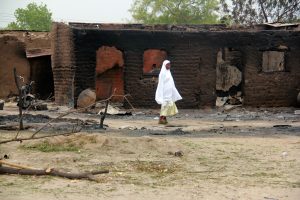 Drawing on analysis of an original dataset of all Boko Haram suicide bombings from their first deployment in April 2011 to June 2017, this report presents the fullest picture available to date that tracks and analyzes Boko Haram’s use of suicide bombers. To do so, the authors investigate two main phenomena from the dataset: operational trends of bombers (longitudinal trends, lethality, injuries, geography, and targeting trends) and demographic trends of bombers (gender, age, and recruitment). From these trends, the authors assert that it is possible to categorize Boko Haram’s suicide bombing efforts into four distinct historical phases. In light of their understanding of the group’s past and present operational and demographic trends, the authors conclude by suggesting how the group might act in the future and how counterterrorism efforts might best address its likely incarnations.