Oil and Terrorism in the New Gulf 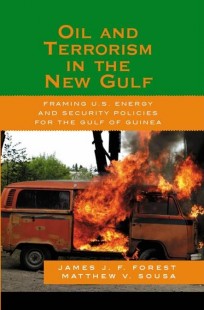 U.S. national security and energy security are inexorably intertwined, particularly when considering the multiple state and non-state actors who can wreak considerable havoc on our economy based solely on our significant dependence on foreign oil. Ensuring unfettered access to Middle East oil has sustained U.S. economic growth, but has also contributed to less desirable outcomes, such as the spread of anti-U.S. sentiments which fuels radical terrorism. Despite its oil wealth, the quality of life in the Arab World is considered lower than in many Latin American and East Asian developing countries. The authors argue that lessons learned from our experience in the Middle East should be applied to our burgeoning energy security interests in Western and Sub-Saharan Africa. Particularly, the Gulf of Guinea presents some unique opportunities, quite distinct from the Middle East. Oil is plentiful, the people are incredibly poor, and state infrastructures are weak, but radical Islam has only a limited influence in the region, and the U.S. has good relations with many African nations. Overall, this analysis suggests that we must adopt a long-term, integrated approach to protecting our energy and national security interests in West Africa.

Twenty Years After 9/11: What Is the Future of the Global Jihadi Movement?

Twenty Years After 9/11: The Threat in Africa—The New Epicenter of Global Jihadi Terror