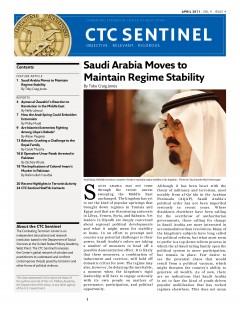 On January 25, 2011, Pakistani authorities arrested Umar Patek, a senior member of the Indonesia-based terrorist organization Jemaah Islamiya (JI). Patek has been the target of an international manhunt for nearly 10 years and carried a $1 million bounty for his role in the October 2002 Bali bombings that left 202 people dead.[1] He was wounded in a firefight before his capture in a town north of Rawalpindi.

His arrest in Pakistan should shed light on the state of JI and provide insights into the group’s future orientation, strategy and tactics, as well as offer further clues about the relationship between Southeast Asian and South Asian terrorist organizations.

Profile of Umar Patek
Umar Patek, who also went by the aliases Umar Arab and Umar Kecil, is like many senior JI leaders, a Javanese of Yemeni-extraction. He was born in Central Java in 1970. Patek, along with Dulmatin (also known as Joko Pitoyo), trained in al-Qa`ida camps in Afghanistan in the mid-1990s before returning to Indonesia. In addition to being close friends, they were brothers-in-law as Dulmatin married Patek’s sister. According to Nasir bin Abbas, the former head of JI’s Mantiqi III region, Umar Patek was dispatched to Mindanao in 1995 to succeed him in running JI’s training with the Moro Islamic Liberation Front (MILF).[2] By 1998, a full-scale training facility for JI members, known as Camp Hudaibiyah, had opened.

Patek is thought to have returned to Indonesia around 1999-2000 following the fall of President Suharto when many JI leaders, including Abu Bakar Bashir and Abdullah Sungkar, returned from exile. It is not known the degree of Patek’s involvement in the sectarian conflicts that erupted in 1998-2001. Patek and Dulmatin were the deputy field commanders for the 2002 Bali bombing, and played key roles in the planning of the operation and the actual construction of the bombs.

Despite their physical isolation, Patek maintained active communications in 2003-2005 with Abdullah Sunata, a leader of a Central Javanese cell and a former head of the Ambon branch of the JI-linked civil society organization KOMPAK. On Patek’s orders, Sunata dispatched Indonesian militants to Mindanao for training.[6] Indonesian counterterrorism officials broke up Sunata’s cell in June and July 2005, arresting 17 people in total. Sunata admitted that he “was tasked by Patek to solicit funds for terror attacks in the Philippines and recruit suicide bombers in Indonesia to be sent to central Mindanao.”[7] Through Sunata’s cell, Patek had a limited role in organizing the September 9, 2004 bombing of the Australian Embassy in Jakarta.

Yet JI was hobbled by the arrests of some 450 of its members and deep divisions in the organization over tactics. The year 2006 marked the first time since 2002 that JI could not launch any attacks. One group under the leadership of Noordin Mohamed Top rebranded themselves as al-Qa`ida in the Malay Archipelago (AQMA) and tried to perpetrate attacks against Western targets in 2007-2008.[8] Another wing—what is often referred to as “mainstream JI”—under the leadership of Abu Rusdan believed that attacking Western venues and soft targets had been counterproductive and resulted in mass arrests, and thus articulated a strategy based on sectarian attacks in Indonesia’s outer islands, Sulawesi and the Malukus in particular, creating pure Islamist communities and emanating outward. The problem was that Noordin was killed in September 2009, while Abu Rusdan was never able to rekindle large-scale sectarian conflicts.

At some point in the 2008-2009 period, Dulmatin slipped back into Indonesia.[9] In part, it was to fill a leadership void, but more importantly it was to reorient the group’s tactics and to re-unify the two wings. Umar Patek followed soon afterwards in early 2010.[10] Clearly, the leaders of the camp were out to discredit Abu Rusdan and released a vicious online video attack about his lack of leadership.[11]

In February 2010, elite counterterrorism police raided a training camp in a remote region of Aceh. The camp was run by al-Qa`ida in Aceh under the leadership of Abdullah Sunata and Dulmatin, who sought to train members for Mumbai-style paramilitary attacks rather than occasional bombings of public venues. The raid on the camp and follow-up operations led to the arrests of more than 100 individuals and the killings of 13 more, including Dulmatin in Jakarta in March 2010.

At some point, Umar Patek left Indonesia with a real passport in someone else’s name and traveled to Pakistan via Thailand.[12] It has not been revealed whether it was before or after the February 2010 raid, but he most likely fled as a result of the Indonesian police’s follow-up operations.

The Implications of Patek’s Arrest
It is premature to analyze what Patek’s arrest will mean for JI, but it is clearly another setback for the terrorist group. Indonesian interrogators, who still have not met with Patek, are most concerned with any attacks that are still in the planning stages. Yet there is a low likelihood of any imminent attacks by JI. Its last major terrorist attack came in July 2009, with the twin suicide bombings of two five-star hotels in Jakarta. The raid on the Acehnese training camp in February 2010 and the subsequent arrests clearly set the organization back. Nearly 120 militants were arrested or killed in that counterterrorism operation. While the actual size of JI is unknown, it has never been a large organization operationally, although its support network is thought to be several thousand people. The neutralization of 120 individuals, as well as the arrest of Abu Bakar Bashir whose organization Jamaah Ansharut Tauhid (JAT) was an important source of funding, was a devastating loss for the group as it was actively trying to rebuild.

While Pakistani authorities have not officially stated where or with whom he was arrested, local media reports have shed some light on these questions. Police found Patek after following a known al-Qa`ida operative, Tahir Shezad, to the town of Abbottabad, roughly 50 miles north of the administrative capital of Rawalpindi where Patek and his wife had been provided shelter.[13] Shezad was arrested in late January with two French nationals, one of Moroccan descent, the other of Pakistani. The group was en route to North Waziristan Agency where they were seeking refuge and hoped to join with the Taliban.[14]

It is unclear whether Patek’s motivations were simply to seek refuge in the Federally Administered Tribal Areas (FATA), or whether he sought to set up a new training facility for JI, as attempts to train in Southeast Asia—in MILF camps and in remote camps in Indonesia—have not panned out. Moreover, beyond the need to regroup and train a new generation of militants, JI always wanted to be linked to the broader Salafi-jihadist movement, rather than being simply a parochial Indonesian organization. JI, in its various incarnations and re-brandings, has always turned outward to develop its own capabilities. If so, Patek is the natural person for this task as he has experience in Pakistan and Afghanistan and has been in charge of JI’s training in the past.

His capture is also a blow for JI in that there are few first generation leaders still at large. The most important would be another Javanese of Yemeni descent, Zulkarnaen, but it is not even clear whether he is in Indonesia.

Indonesia sent a team to Pakistan to conduct forensic and DNA testing and to arrange Patek’s extradition, although they still have been unable to interrogate him.[15] While Pakistan has said that it would eventually return him to Indonesia, other Pakistani authorities announced their preliminary intention to indict and try him there first. There is no bilateral extradition treaty between the two countries, although Pakistan has rendered Indonesian citizens in the past. Indonesian authorities have expressed concern about the strength of the legal case against him. The current Indonesian anti-terrorism law was enacted in 2003, following the Bali bombing, and cannot be applied retroactively. Indonesian commentators are already sounding the alarm over a long drawn-out legal case against him.[16] Pakistan has made it clear that it would rather not turn Patek over to the Central Intelligence Agency, part of the broader fallout between the ISI and their American counterpart following the incarceration of a CIA contractor.

Until JI is able to regroup around a single figure with a clearly espoused strategy, low level attacks by small splinter groups and autonomous cells will become the norm. While this is good for Indonesian security in that it is unlikely that any of these groups will have the capabilities or resources to perpetrate large-scale attacks, it also means that they will continue undetected for longer. This may already be occurring. In March 2011, four letter bombs were sent to legislators, NGO activists and a musician who were outspoken in their defense of Indonesia’s secular traditions and constitutional framework.[17] On April 21, Indonesian police defused a large, 150-kilogram bomb that was placed near a gas line in front of a church in Jakarta; 20 people were quickly arrested.

As seen with these latest attacks, terrorism in the near future will likely be perpetrated by smaller, more diffuse groups, without any real centralized command and control.

Dr. Zachary Abuza is Professor at the National War College. His book on the insurgency in southern Thailand, Conspiracy of Silence, was published by U.S. Institute of Peace Press in 2009. The opinions here are the author’s and do not necessarily reflect those of the National War College, National Defense University, the Department of Defense, or any other government organization.