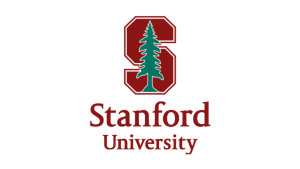 CTC is pleased to announce that Ellen Chapin, one of CTC’s former interns, was recently admitted to the PhD program at Stanford University’s Political Science Department (a program that she will start in 2019).

After graduating with a Master’s degree from Yale University’s Jackson Institute for Global Affairs in the spring of 2018, Ellen will be working as a speechwriter for General (retired) Stanley McChrystal, the co-founder of the McChrystal Group.

While serving as an intern at CTC, Ellen provided critical research support to “Exploding Stereotypes: The Unexpected Operational and Demographic Characteristics of Boko Haram’s Suicide Bombers,” a major CTC report c0-authored by Jason Warner and Hilary Matfess. And after she finished her internship, Ellen authored “Beyond the Caliphate: Morocco”, the third installation released as part of the CTC’s Beyond the Caliphate series, and served as a co-author – along with Jason Warner – of “Targeted Terror: The Suicide Bombers of Al-Shabaab.”