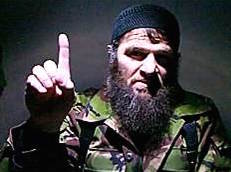 This report on Doku Umarov, authored by Michael Fredholm, was released as part of the CTC’s Jihadi Bios Project, a series edited by Dr. Nelly Lahoud.

The CTC is pleased to launch the publication of papers as part of a series devoted to the study of jihadist biographies. The purpose of this project is to contribute to the knowledge of the evolution of the jihadist landscape by exploring it through the lens of the worldviews and experiences of actors who have shaped it. While some states and organizations, wittingly or unwittingly, contributed to the growth of the jihadist enterprise, it may be argued that modern jihadism, as it continues to unfold, is also the product of individuals, who made it into the global phenomenon that it is.

As we study the biographies of jihadis, we are faced with a world crowded with different and differing worldviews. Beneath the banner of jihad that seemingly unites jihadis worldwide is a world marked not just by cooperation between groups and individuals, but also by competition and divisions. Some of the jihadis who occupy that world are characterized by a commitment to idealistic goals, by acumen, skills, and agility; others are driven by sectarianism, criminal disposition, and opportunism; while others manifest an odd combination of all. That is why the actions emanating from the jihadist landscape are the results of an amalgam of strategy, sophisticated planning and targeting, randomness, and juvenile enthusiasm. It is for these reasons and more that the complexity of the jihadist landscape requires different layers of analyses and a rigorous and patient approach to the subject. In short, the study of jihadism is about both the “forest” and the “trees;” and this series of biographies is a study of the “trees” as they are situated in the broader “forest.”