CTC publishes report on the lifecycle of foreign fighters 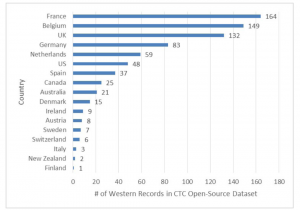