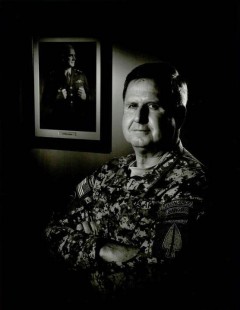 LTG(R) Charles T. Cleveland is a native of Arizona and a 1978 graduate of the U.S. Military Academy, West Point. He retired from the U.S. Army on August 1, 2015. He is currently the Senior Mentor to the Chief of Staff of the Army’s Strategic Studies Group, a Senior Fellow at the Madison Policy Forum, and an Adjunct at Rand. He serves on the Advisory Board of the nonprofit organization Spirit of America Foundation.

From 2008 to 2011, LTG(R) Cleveland was Commander, Special Operations Command-Central, CENTCOM, with responsibility for special operations throughout the Middle East and Central Asia. The command pioneered distributed command structures and clandestine capabilities still in use today in the critical countries of Iraq, Afghanistan, Lebanon, Jordan, Pakistan, and Qatar.

As Commander, Special Operations Command-South, SOUTHCOM, from 2005 to 2008, LTG(R) Cleveland led special operations throughout the Caribbean and Central and South America. Most notable were the efforts to free three American hostages held by a Colombian rebel group, which ultimately led to their rescue in June 2008.

As a midgrade officer, LTG(R) Cleveland served for over seven years in tactical special operations units. In December 1995, as the Deputy Commander, 10th SFG(A) he led the Special Forces into Sarajevo, Bosnia, in what would become Operation Joint Endeavor. He would subsequently return as a Battalion Commander to command the Joint Commission Observer Task Force with 14 outstations conducting advanced influence operations and intelligence collection. As a Special Operations staff officer on the Joint Staff at the Pentagon, he was the interagency lead for the recovery of Lt. Michael Speicher, missing F-18 pilot from the first Gulf War. From 1987 to 1990, he served overseas in the 7th SFG(A) in Panama where he participated in the counterinsurgency effort in El Salvador, counter-drug operations in Bolivia, and the invasion of Panama in 1989.

LTG(R) Cleveland began his career in the 10th SFG(A) in 1979 after graduating from the Military Intelligence basic officer course, Special Forces Officer’s Course, and U.S. Army Ranger School. In this tour he traveled extensively throughout Europe. His subsequent tour was in Germany as an intelligence officer.

LTG(R) Cleveland is nearly fluent in Spanish and has a good working knowledge of German. He has been married for over 37 years to his better half, Mary Ann, and they have three grown children. Jeremy is a pediatrician in Brooklyn. Christina lives in Scotland with her husband, a physician, and their granddaughter. Their youngest, Matthew, is a rising senior at UNC Chapel Hill majoring in computer science. LTG(R) Cleveland was born March 10, 1956, at Fort Ord, California, to Walter and Olga Cleveland. His father was a career enlisted Soldier and civil servant. His mom was a survivor of WWII DP camps. She passed away in 2014.